As with all series, The Lion Guard has gone through several changes during production. This article lists all known early concepts.

An early logo used the original Mark of the Guard symbol as a background.

An even earlier logo faded the 'The' from the logo as well as part of the line.

Early Mark of the Guard

Seen in a handful of early book concepts, the original Mark of the Guard was a simple lion paw print. Only two are known - Kion's and Beshte's. They were found on old covers of Bunga's Big Adventure and Kion's Animal Alphabet respectively. 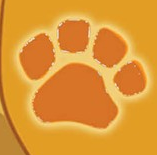 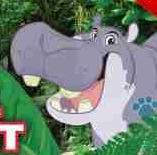 Call of the Guard V4

Dated 20th April 2015, this early version of the Main Title sequence shows a handful of changes, although by this stage the majority of it is much the same as the final. One difference is the different lyrics from the final version.

An early shipping animatic, dated 21st January 2015 exists, complete with an early/demo singer. It is almost identical to the final version, save for one notable difference.

There are two early versions of "Tonight We Strike". The earliest does not possess a date but features a lot of differences compared to the final. 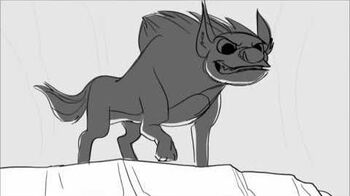 Another early version, dated 9th February 2015 features most of the finalized song. There are still some differences, particularly towards the end. Although the song is labelled 'Final', there is a rather drastic difference shown at the end. 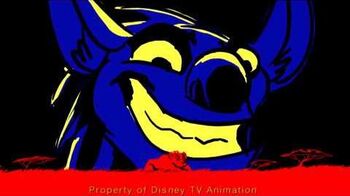 Dated 8th June 2015, this ending is almost the same, save for some of the credits scene which is slower in some parts compared to the final. Characters in the concept are also more expressive.

In addition to all of this, an additional scene cut from the final product entirely can be seen. It shows Bunga walking ahead of the Lion Guard chanting 'Look out here comes the Lion Guard' with various other expressions tagged on at the end. He then turns around to face the Guard, and we receive a close up of Ono telling him to look out. The camera cuts back to Bunga who cries 'That's right!' before continuing his chanting and moving his head to the sides. Back to Ono, who cries with urgency 'No really, look out!' whilst spreading his wings. The camera moves back to Bunga's feet where he trips up a termite mound. The Guard move in to check on him. The camera moves back to Bunga who has his head completely immersed in the mound. Fuli plucks him up and dumps him the right way up. With the camera focused on the Lion Guard and Bunga's back to the audience, the Guard exclaim 'Ew' before the camera turns back to Bunga, whose face is covered in termites. He happily exclaims 'Termites? Yum!' before picking one off and eating it. The camera returns to the Guard one last time to show their faces of disgust, with Kion uttering 'Bunga...' in a disappointed tone.

A few concepts were actually animated, but never used. Instead, Disney has placed the finished version of these short scenes in commercials for the show.

Also reused was this scene of the Guard walking forward. This was originally going to be used at the end of The Lion Guard: Return of the Roar, but was replaced with the crew looking proudly over a rock before focusing in on Kion's face.

A small part of the extra ending can be seen in The Lion Guard Alphabet.

Seen in a couple of trailers, this scene actually appears briefly from an earlier version of Call of the Guard.

The following concept art has been obtained from various behind the scenes videos.

Kion concept artwork
Add a photo to this gallery

Early Return of the Roar Storyboard

In an early storyboard, Bunga was much younger and frequently used his own name in to explain his actions (ie. Bunga get fruit). This storyboard also showed Kion's old Mark of the Guard, and showed that Nne was originally the third member of Janja's main crew instead of Cheezi.

In the episode The Morning Report, there was a deleted scene in which the Lion Guard ask Thurston about Zazu, which only confuses the unintelligent zebra. 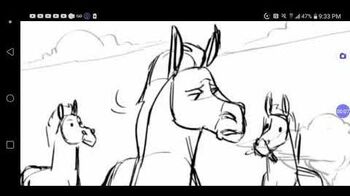 The Lion Guard News The Morning Report (Deleted Scene)
Deleted Scene
Add a photo to this gallery
Retrieved from "https://lionguard.fandom.com/wiki/Concepts_%26_Deleted_Scenes?oldid=311312"
Community content is available under CC-BY-SA unless otherwise noted.